Retta London was the Farmington Teacher of the Year in 1998, and the WDIV/Newsweek Oakland County, Michigan’s Educator of the Year in 1998. In 1999, She was a nominee for the Disney Teaching Awards. In 2008, Retta was selected as Great Lake Scholars Teacher of the Year. She’s been trained as an INTEL Teach to the Future teacher trainer, and has been a frequent presenter at Michigan Reading Association conferences. She was a member of the first cohort group in the Galileo Leadership Academy.

Retta and Lessia have collaborated to create a Bullyproof Rainbow a year-long classroom program that includes creative writing, SEL, craftivities, and more wrapped around Lessia’s songs and their themes like kindness, mindfulness, changing the world. Inspired by this material, students in Retta’s district are now signing up for her Bullyproof Rainbow after school program. This sweet collaboration began after Retta discovered Lessia’s songs, used them with her students, and noticed an incredible improvement in thoughtfulness and depth of understanding in her flock. 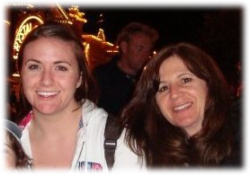 Dru  Frick has worked as an educator in California for the past twenty years, and has had experience teaching all levels. She enjoys implementing integrated lessons to bring life to the curriculum she teaches. Through her years of experience, Dru has come to the conclusion that music is one of the most powerful tools a teacher can employ to help students of all ages learn, understand and apply concepts to their own lives.

After incorporated Lessia’s music in her own teaching arenas and witnessing it work it’s magic, Dru graciously stepped up to offer to be a part of the team. Our basic lesson plans are penned by Dru. Dru’s daughter, Shannon, was a member of Lessia’s original Crew. Shannon’s beautiful voice is featured on two of our most popular songs. 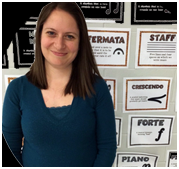 A strong believer in exposing kids to all genres of quality music, Aileen recently co-created three music units with Lessia to help get Lessia’s songs to more kids. Her own students were so impressed Aileen knew Lessia, they asked to interview the songwriter! 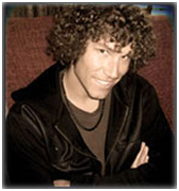 Jaan Landheer has much experience mixing mental health, social issues and music. While still attending UCSC, he worked with psychologist Patrice Wolters as Creative Director for her Hip Hop for Mental Health initiative. After graduating, Jaan moved back to Santa Barbara to work extensively with the homeless population. He became the Outreach Coordinator for the largest homeless shelter in Santa Barbara. He currently works with troubled teens at Noah’s Anchorage Youth Crisis Shelter.

Jaan has co-written two positivity rap songs with Lessia for the program. Jaan also appears and performs on the video. Jaan was a vital member of Lessia’s original Crew!